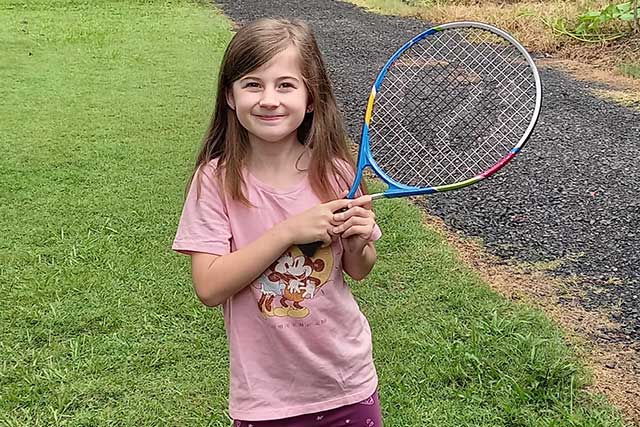 Imogen is a bubbly and social six-year-old who loves playing with her friends and enjoys attending her new school.

But, things weren’t always this way. When Imogen first started Aruma’s Early Childhood Intervention (ECI) program, she had significant developmental delays in her speech, motor skills, and her social skills. She also experienced extreme anxiety when trying anything new.

Three years of ECI later, her mum Danielle says, “I’ve seen an improvement in Imogen in all areas. Her speech has improved, and she can now hold a conversation with her friends. She’s also much better socially and joins in with the other kids. I’m now confident she can now handle herself out there in the world.”

How you can help Imogen

For children like Imogen who have developmental delays, Aruma offers a service called Early Childhood Intervention.

Depending on the child’s needs, a team of early intervention specialists including Special Education Teachers, Physiotherapists and Speech Pathologists work together to dramatically improve a child’s development.

Sensory equipment for children to calm, focus and aid anxiety as well as occupational therapies

Development of social programs for children so they get to enjoy the same fun activities as other children (soccer, surfing etc)